Why is it hard to be self-compassionate?

For many of us, the concept of compassion is a quality we admire. In fact, we often look up to people who, when times get tough, take the time to acknowledge the suffering of others, and treat them with respect, kindness, and care. Perhaps you are thinking of the Dalai Lama, Mother Teresa or even Oprah Winfrey.

Self-compassion has a range of definitions; however, most include three components. Self-compassion requires that you be aware of your suffering (mindfulness), that you approach your suffering with a sense of acceptance and kindness (self-kindness), and that you recognise pain is an inevitable part of being human (common humanity).

One: But isn’t self-compassion a pity party?

Research shows that people who practice self-compassion actually dwell less on their pain. But how can this be? Well, self-compassion does not aim to maximize your pain, nor minimise it. Instead it aims to help you see your pain exactly as it is. By acknowledging and accepting pain we can begin to process the unpleasant experience, which paradoxically, can help us to take a balanced look at the situation.

Two: But self-criticism pushes me to succeed!

We all have that voice in our heads, right? The voice that points out our mistakes in excruciating detail. The voice that tells us that we are stupid or not good enough? We often believe that this voice motivates us to self-improvement.

And sure, self-criticism can contribute to our motivation to improve. However, research indicates that self-criticism may not be the most effective way to motivate ourselves towards self-improvement. For example, a group of university students participated in a study in which they were asked to complete two tests. Following the first test, half of the students were given a compassionate message which normalised how difficult the first test was and encouraged them to not be too hard on themselves. The other students were not exposed to any messages. Following the second test, the researchers found that the students who received the compassionate message studied more and performed better than students who received no messages. In this way, being self-compassionate in the wake of perceived failure can actually motivate us towards self-improvement.

Three: Self-compassion can hurt (at first).

Have you ever heard the term backdraft? It’s the sudden intensifying of a fire when new oxygen is added. For example, when the kitchen door is finally opened to the fire which was contained within—the flames burn bigger and hotter.

When we begin to practice self-compassion many of us feel uncomfortable and some of us even feel worse. This is because we are finally acknowledging our pain (opening the door and adding oxygen).

While this can be difficult and unpleasant, acknowledging pain is the first step to processing our emotions. So, if this is happening to you, know it’s normal. And If it get’s to be too much, it’s okay to pause self-compassion too.

I hope this blog has helped to normalise why self-compassion is hard for many of us, and perhaps just knowing this is allowing you take a small step towards self-compassion.

But for now, I’d like to end with this question…. If you successfully climbed Mt Everest—the highest mountain in the world, a difficult and gruelling journey for even the most experienced climbers. Which friend would you have preferred alongside you on this journey? The friend who said, “you’ll never make it, you aren’t good enough, you should just give up” or the friend that said, “this is hard, you’ve got this and I’m going to be here with you the whole way—don’t give up now”?

Where can I learn more?

If you’d like help turning down your self-critical voice and developing the skills to be self-compassionate, you could check out some free resources such as Kristen Neff’s TEDx Talk, The Three Components of Self-compassion , the Centre for Clinical Interventions self-help compassion workbook or book an appointment with us.

If you would like to learn more about self compassion or to book an appointment with Dr Kristen Seaman or another one of our experienced clinical psychologists, contact our friendly client team by calling 6143 4499 or email via our contact page.

← Relationship repair tips How to calm your fight or flight response → 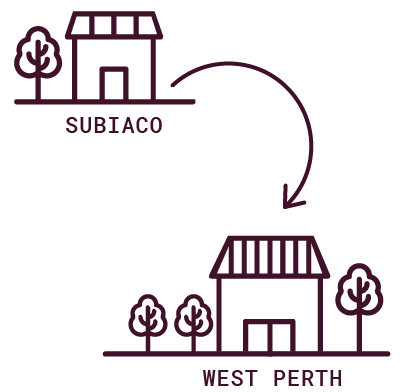 Our Subiaco office has moved to West Perth

Our Subiaco office has relocated to 6 Outram Street, West Perth.

Our telephone and email remain the same.

We look forward to seeing you at our fabulous new space in West Perth.

You have Successfully Subscribed!